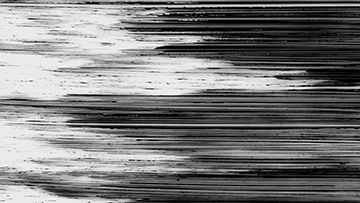 "Amplifications and Measures" by Mariam Eqbal

Repetition plays an essential role in the creative endeavors of Mariam Eqbal. Fundamental to motion, the artist and animator views it as a simple constraint which can produce a complex behavior. Eqbal’s use of repetition can be found in her intermedia installation, “Amplifications and Measures,” on display February 26-April 8 in Virginia Wesleyan’s Neil Britton Art Gallery.

Conceptual and highly experimental, Eqbal’s practice pivots around the intersections of art, science and math and draws from a pool of cross-disciplinary resources, including the works of computer scientist and physicist Stephen Wolfram, architect and engineer Christopher Alexander, and artist Manfred Mohr. From this approach, ideas of measurement, rulers and numbers emerge, ultimately finding their way into the work as well as the exhibition installation itself, which addresses space and architecture.

Site specific, the installation includes two animated works accompanied by a sound work, The first, “Brush,” is created from thousands of brushstrokes of paint on glass, and the second, “In-Between Frames,” is crafted from thousands of scans on a flatbed scanner. Eqbal has chosen to extend the two-dimensional flat screen (think wall projection) into the physical three-dimensional space of the Neil Britton Art Gallery.

“The traditional screen is extracted from its surface and extended out, as an object, an architectural element, and the representation of time as a two-dimensional animation is experienced in space,” she says.

An important aspect of Eqbal’s artistic practice is her background in traditional media—drawing, painting, and printmaking. Organic and varying in nature, the artist’s hand serves as a stark contrast to the structured and rigid digital output.

“New media technologies play an essential role for an integrated practice in art making and research and provide a platform to connect the handmade with the automated, the flexible with the constrained, and the unknown with the expected,” says Eqbal.

Eqbal is a Pakistani-born artist living and working in Richmond. Her works with the moving image have been exhibited in numerous galleries and institutions and screened in various festivals internationally, including Manchester International Film Festival, Antimatter Media Arts Festival, and Access Code Short Film Festival. Her experimental animated work, “Choreography for the Scanner,” won best film in the Screendance Competition at the 29th Leeds International Film Festival. Eqbal was awarded a professional fellowship from the Virginia Museum of Fine Arts in 2015 for her paint on glass experimental animated series, “Diagram of Forces,” which includes the short film, “Brush.”

Eqbal teaches video, sound and animation classes in the Department of Art and Art History at the University of Richmond. She also serves on graduate thesis committees as an affiliate graduate faculty member in the School of the Arts at Virginia Commonwealth University.