Each member of the President's Cabinet ensures effective communication with his or her constituents. This communication, which must be reciprocal, involves anticipating issues, seeking perspective and advice, and sharing information before and after decisions are made. The format of these communication networks is at the discretion of each Cabinet member.

Cabinet members serve at the invitation of the President of the University. The current roster includes: 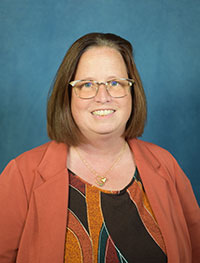 Dr. Susan Larkin currently serves as the Vice President for Academic Affairs at Virginia Wesleyan University. Dr. Larkin received her B.A. in English Literature from Wheaton College in Norton, Massachusetts. She earned her M.A. and Ph.D. in English Studies and a graduate certificate in Women’s Studies from Illinois State University. Dr. Larkin has been a member of the VWU faculty since 2008, teaching a variety of English, Women’s and Gender Studies, and Wesleyan Seminars. For the past three years, Dr. Larkin has served as the Associate Vice President for Academic Affairs. 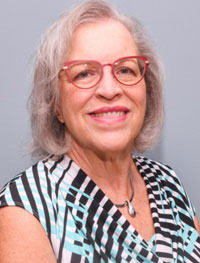 Mary Ryberg is the Vice President for Finance at Virginia Wesleyan University. She brings 22 years of senior-level financial management experience in a private college setting to VWU. Previously, she served as the senior director of finance at the Illinois College of Optometry and as an accounting manager at the American Academy of Pediatrics.

She is married to Dave Ryberg, and combined they have five children and four grandsons. She is an avid traveler, and says some of her most memorable adventures include the Galapagos Islands and safari in South Africa. 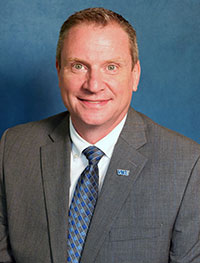 A Boston native, Dr. Moore has also held positions in new student orientation and housing and residence life at University of Massachusetts at Amherst. He has served as president of the Virginia Association of Student Personnel Administrators and taught courses through Old Dominion University's Darden College of Education. Moore holds an Ed.D. in Higher Education Leadership from Nova Southeastern University. He earned an M.Ed. in Educational Policy, Research, and Administration from University of Massachusetts at Amherst, and a B.A. in Politics and History from Curry College.

Dr. Moore is married to the former Meredith Ann Martin, a school psychologist with Chesapeake Public Schools. They reside in Virginia Beach with their daughter, Jacqueline Rose. 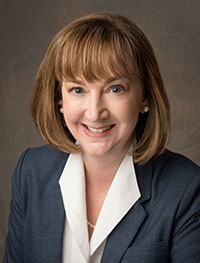 Vice President for Advancement
Special Assistant to the President

She earned her law degree from the University of Cincinnati College of Law and her bachelor's degree from Ohio Wesleyan University. A member of Hampton Roads Gift Planning Council, Hammer is also active in her community as a board member for Girls on the Run Hampton Roads. 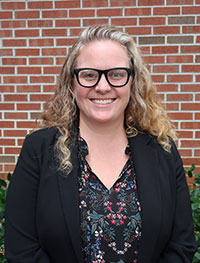 Prior to Virginia Wesleyan, Campbell worked for 10 years with the United States Olympic & Paralympic Committee implementing adapted sports programming for wounded, ill, and injured service members. She returned to VWU in 2015, serving as an Enrollment Counselor and then Director of Undergraduate Enrollment.

Heather and her wife Emily reside in Norfolk with their daughter Sutton. 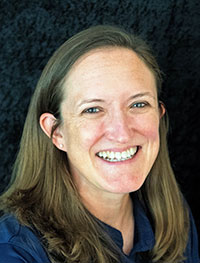 Andrea Hoover-Erbig is the Executive Director for Intercollegiate Athletics at Virginia Wesleyan University. She holds a Bachelor of Science in Education from Slippery Rock University and a Master of Arts from Marietta College. Prior to her current role, Hoover-Erbig served as Head Volleyball Coach, Academic Integration Coordinator and Senior Woman Administrator at Virginia Wesleyan. While earning her master's degree, she served as Assistant Volleyball Coach at Marietta.

She is married to Chris Erbig, and they have four children: Alex, Peyton and twins Sam and Sophie . 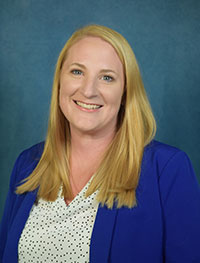 Executive Assistant to the President

Kelly Roenker Cordova joined the Office of the President as Executive Assistant to the President in September 2020, after directly supporting the Senior Vice President and the President through various roles in the VWU Center for Advancement from 2015-2020. In those roles she had instrumental involvement in communications, alumni relations, donor relations and special events.

Prior to her arrival at Virginia Wesleyan, Cordova spent six years working in the international programs department at Operation Smile, a medical non-profit that provides free cleft lip and cleft palate surgeries to children in developing countries. There, she managed a team of 15 program coordinators and directly participated in medical missions in Brazil, China, Dominican Republic, Morocco, and Paraguay.

Cordova earned her Master of Business Administration from VWU and her bachelor's degree in mass communications from Virginia Commonwealth University. A native of Virginia Beach, she resides there with her husband Andrew and two daughters.