Remembering 9/11: Look for the Helpers 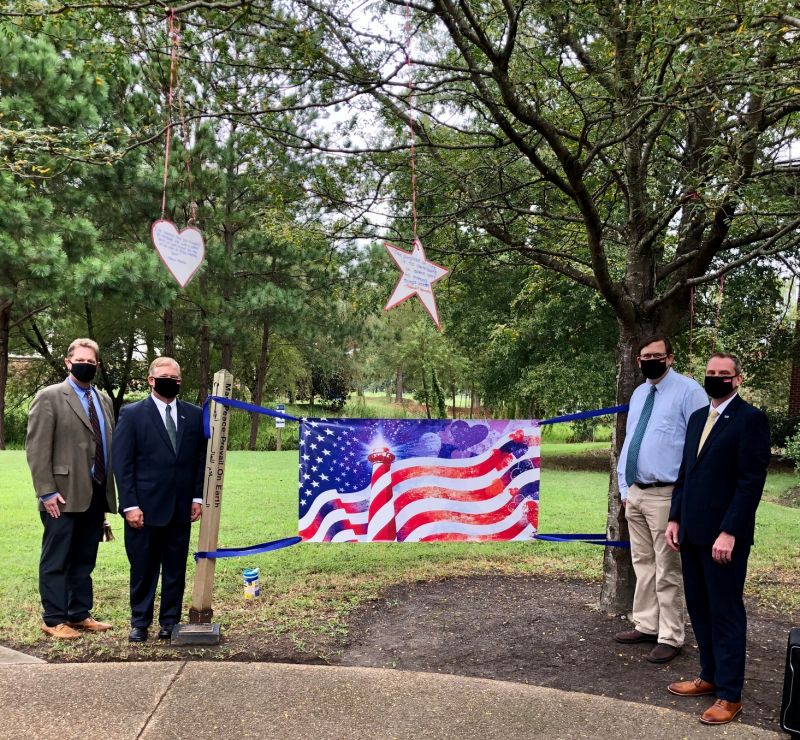 “In times of difficulties, it is hardest to find sources of light and hope," Vega said. "Yet, today, we gather to remember the 2,996 lives lost on September 11, 2001, when four hijacked U.S. planes were crashed. And, we are reminded by the wisest and hopeful among us, to look for those who show us the light in the world.”

Vega cited Fred Rogers, who once said, “When I was a boy and I would see scary things in the news and my mother would say to me, 'Look for the helpers. You will always find people who are helping.' To this day especially in times of disaster, I remember my mother's words, and I am always comforted by realizing that there are still so many helpers—so many caring people in this world.”

It was the helpers and the heroic acts they accomplished that were celebrated during this gathering in the University's Peace Garden.

Craig Wansink, Director of the Robert Nusbaum Center and Professor of Religious Studies, set the stage for the morning tribute.

“The Robert Nusbaum Center, formerly known as the Center for the Study of Religious Freedom, has been a fixture on this campus for almost 25 years,” said Wansink. “The Center focuses on the reality of conflict and on ways to lead to resolution, to more meaning-filled communities. Frequently what we do is point not just to methods of coming together, but to individuals, to helpers, who make a difference.”

VWU's newly created unity flag, “A Beacon of Hope,” served as the centerpiece for the observance. The Center was invited to create this flag, the only one representing the Commonwealth of Virginia at the final presidential debate at Belmont University in Nashville, TN, on October 22. In addition to symbolizing the state’s motto, Virginia Wesleyan’s flag also highlights the values and virtues that distinguish America as a beacon of light and hope.

Senior Justin Robins organized the event as part of his servant leadership internship with the Robert Nusbaum Center this semester. He and four other students, representing a variety of campus organizations, were the key speakers.

In their remarks, the students recounted ways that the helpers made a difference on 9/11 and during the current national pandemic. Each student provided examples of community heroism then and now. 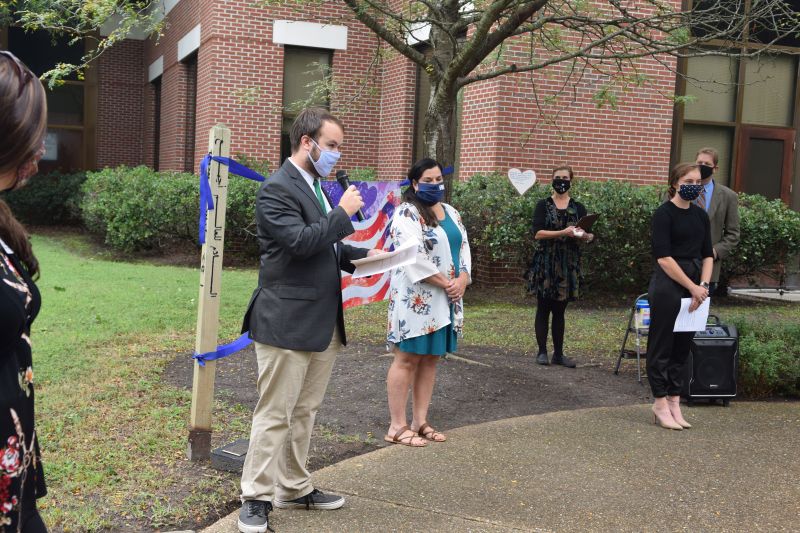 Dakota Felkins-Beach ’22 remembered Rick Rescorla, a decorated Vietnam War veteran, who was responsible for saving more than 2,700 lives after the North tower was hit on 9/11. He sang songs such as "God Bless America" and "Men of Harlech" to keep people calm as they evacuated down the many flights of stairs that day. Felkins-Beach also shared the actions of 77-year-old Tom Johnston in Brevard County, Florida, who stepped up to volunteer with Meals on Wheels to deliver food to seniors during COVID-19.

Sasha Bolden ’23 told those gathered about two off-duty U.S. Marines who put their uniforms back on and searched through the rubble to find survivors during 9/11. She also told about the actions of a retired farmer in Kansas, who had only five N95 facemasks for he and his ailing wife, but sent one with a handwritten letter to Governor Andrew Cuomo asking him to pass it on to a nurse or doctor in New York. 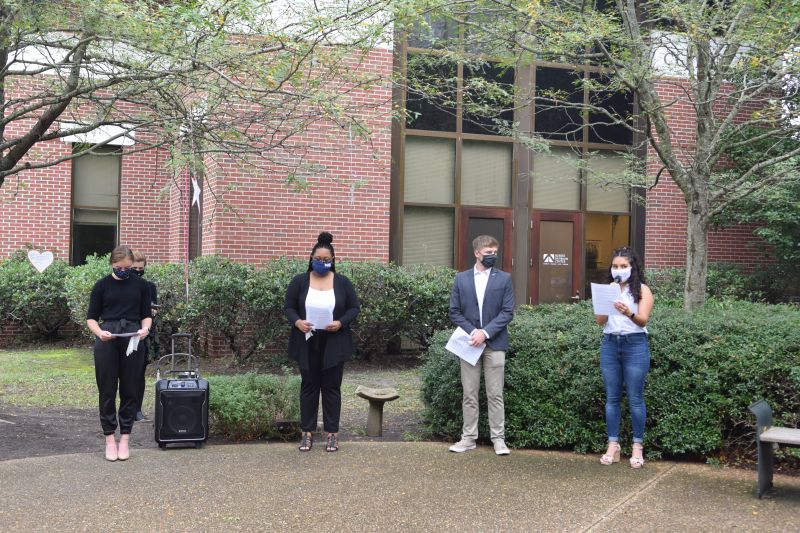 Emily Imhof ’23 spoke about 412 emergency workers in New York City on 9/11 who responded to the tragedy at the World Trade Center and lost their lives while saving countless others. The helpers included 343 firefighters, 60 police officers, one patrolman from the New York Fire Patrol, and eight emergency medical technicians. Imhof also talked about staff from the Sharon Brooke assisted care facility in Newark, Ohio, who recently spent 65 days on-site at the facility, away from their own families, to provide care for residents during the coronavirus quarantine.

“Difficulties do not stop, and neither do the helpers,” said Vega. “To date, more than 180,000 people in America have died from COVID-19. So, as we go forward in a world of brokenness and the darkness, look for the light, look for the helpers, and be inspired to shine on as one as well.”