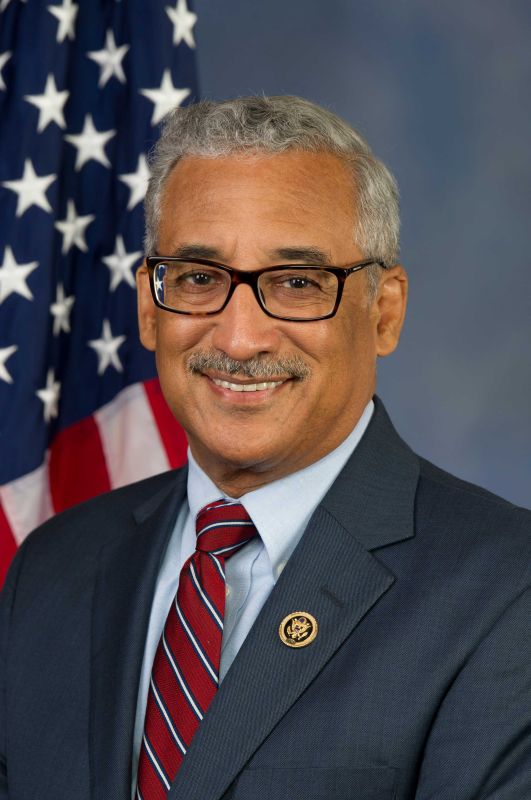 "We are thrilled to have Congressman Scott give the keynote address at our upcoming Commencement exercises," Dr. Miller said. "He has been a champion for students nationwide and a great friend to Virginia Wesleyan throughout his remarkable career of service to our community and our nation."

The ceremony will be held on campus on Saturday, December 17, at 10:00 a.m. in the Susan S. Goode Fine and Performing Arts Center and will be livestreamed on the VWU Digital Broadcasting Network.

Congressman Scott has represented Virginia’s third congressional district in the U.S. House of Representatives since 1993. Prior to his service in Congress, he served 15 years in the Virginia General Assembly.

Congressman Scott currently serves as the Chairman of the Committee on Education and Labor. In this capacity, he is advancing an agenda that improves equity in education, frees students from the burdens of crippling debt, protects and expands access to affordable health care, ensures workers have a safe workplace where they can earn a living wage free from discrimination, and guarantees seniors have a secure and dignified retirement. In 2015, he was one of the four primary authors of the Every Student Succeeds Act, which reauthorized the Elementary and Secondary Education Act for the first time in 13 years and replaced the No Child Left Behind Act.

Congressman Scott also serves on Committee on the Budget where he is a leading voice on fiscal policy and reducing the deficit.

As a former member of the Committee on the Judiciary, he is a leading advocate for reforming our nation’s broken criminal justice system. He has successfully worked to pass bipartisan legislation to reduce mandatory minimum sentences, reform the juvenile justice system, and require reporting and federal data collection of deaths that occur in police custody, jails, and prisons.

Congressman Scott resides in Newport News, Virginia. He is a graduate of Harvard College and Boston College Law School. He also served in the Massachusetts National Guard and the United States Army Reserve.

The Virginia Wesleyan University Global Campus Commencement will be livestreamed on the VWU Digital Broadcasting Network. Additional information is available on the Commencement webpage.