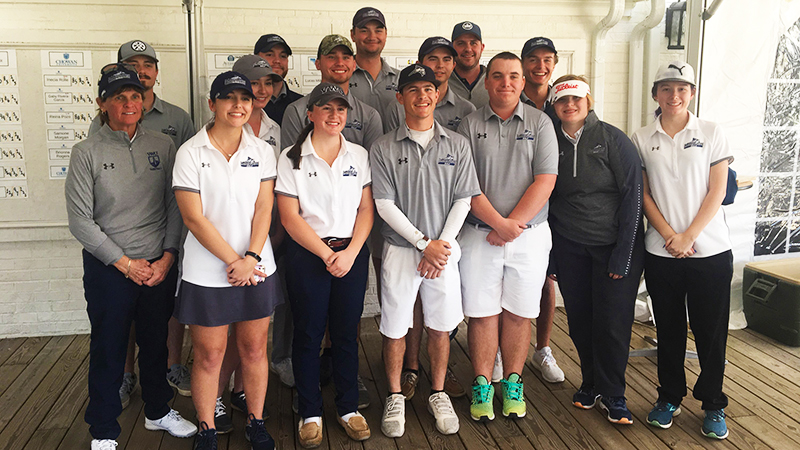 Pam Fisher has been named head coach of the Virginia Wesleyan University men's and women's golf teams after serving as interim head coach during the 2018-19 academic year, according to Tina Hill, Executive Director of Intercollegiate Athletics.

"Coach Fisher stepped in and did an outstanding job and we're delighted to recognize her leadership with the permanent appointment," Hill said. "A graduate of VWU, she has a special appreciation for the program and University."

In the spring, Fisher led both the men's and women's teams to successful seasons. Both team's saw All-Conference members as both Maggie Kingora and Keith Cooper were named to the All-ODAC Third Team.

Fisher joins the Virginia Wesleyan coaching staff by way of Golf Galaxy of Virginia Beach. There, she has served as a player's assistant, aiding and educating customers on proper use of golf equipment.  She is a long time member and avid golfer with several area golf associations, including the Virginia State Golf Association.

Before Golf Galaxy, Fisher worked for the Virginia Beach Department of Parks and Recreation. Earning a position there in 1985, the Virginia Beach native rose through the ranks becoming parks and recreation supervisor in 2002 and holding that position for 14 years. She oversaw a multitude of responsibilities, from managing the department's budgetary expenses to researching and organizing bid documents for improvement projects.

Fisher is also a former women's basketball official, officiating in all three divisions of the NCAA over a 20-year period.

A 1985 graduate of Virginia Wesleyan with a degree in recreation and leisure studies, she competed in basketball and softball for the Marlins.

This article originally appeared on vwuathletics.com.