Grammy Award Winner to Teach at Virginia Wesleyan This Spring 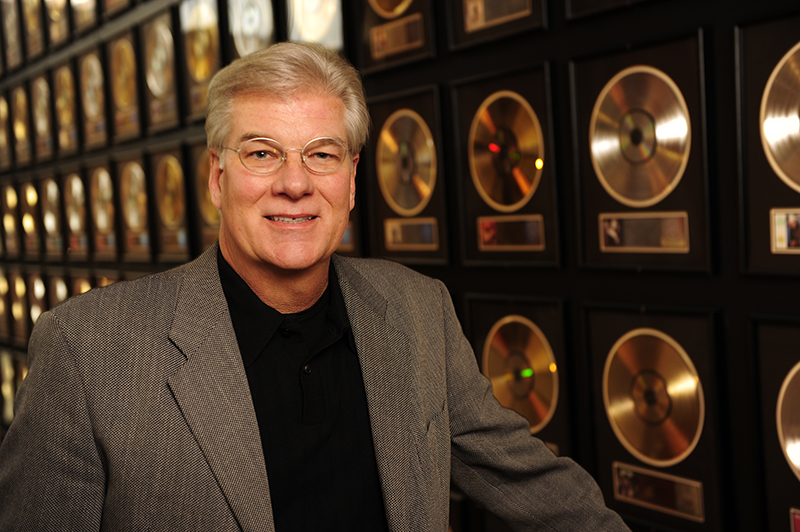 Music producer and guitarist Steve Buckingham is a four-time Grammy winner with 27 number one singles to his credit. His work with artists like Dolly Parton, Cat Stevens, and Alicia Bridges earned him 11 Platinum and 19 Gold albums and Top Ten singles on eleven different charts—Pop, Country, Rhythm and Blues, Jazz, Adult Contemporary, Americana, Bluegrass, Christian, Hispanic, Triple A, and Dance.

For ten years Buckingham served as vice president of artists and repertory (A&R) at Columbia Records, and for another eleven years he was senior vice president of Vanguard and Sugar Hill Records. In addition, he is a musical historian and taught at the University of Richmond and Vanderbilt University.

This spring, he will bring his course, “Rhythm and Blues Tore Down the Walls of Segregation” to Virginia Wesleyan University, and he will offer a special presentation on the topic on Thursday, November 15 at 7 p.m. in the Greer Environmental Sciences Center (Room 255).

Here, in his own words, Buckingham shares how Rhythm & Blues and Soul Music changed his life and brought communities together during the Civil Rights Movement.

It was 1964 and I was a young white kid growing up in Richmond, Virginia…the former Capital of The Confederate States of America. Despite the connotations that might be associated with the locale, I don’t recall race riots or any real problem when our school began to integrate. I do have vivid memories, however, of the signs of segregation I had seen…restrooms marked “White” and “Colored”…the same for drinking fountains and movie theaters.

It was a time when anyone who paid attention to the news was aware that something very important was happening in the United States. Dr. Martin Luther King, Jr., had given his “I have a Dream” speech less the year before. Freedom Riders were being killed in Mississippi…church bombings in Birmingham…marches and beatings in Selma.

Then something happened that changed my life. I turned 15 and got my “learner’s permit” to drive. Now I had a car with a radio and, almost immediately, I discovered WANT.

WANT was a locally owned, small wattage radio station in Richmond that only broadcast during the daylight hours. The music captured my heart and imagination in an instant. It was Rhythm & Blues and Soul Music. The disc jockeys, who were black, became my friends over the airwaves. Among them: “Mrs. Miles’ Pride and Joy..Her little boy, Ben” (Miles)…another who called himself “Top Jock”…and a young man, who I later learned was white, named Allen Leeds. Allen went on to become James Brown’s tour manager.

These disc jockeys began to expose my friends and me to Otis Redding, Sam Cooke, James Brown, Aretha Franklin, Motown…and so much more.

Because of this, I started to attend concerts, usually at The Mosque Auditorium or black nightclubs in Richmond…artists such as Sam Cooke, James Brown, Jackie Wilson, Otis Redding, Aretha Franklin, Wilson Pickett and many others. The first concert I attended starred the legendary Sam Cooke and exposed me to the very real world of segregation. A rope was actually put up in the auditorium to separate the black audience from the white audience members. It didn’t matter. Sam Cooke brought the house…and the rope…down. By the end of the show, everybody was up and dancing! I was always in the minority…but I never felt threatened or out of place. We were all there for the music.

About this time, my dad did something very much out of context with our financial means. Much to my mother’s dismay, he bought a Mercury Monterey convertible…and it had a great AM radio! One night my friends and I were driving with the top down when someone dialed in a radio station we had never heard. A gravel voiced disc jockey, who we were sure was an African-American, shouted out, “This is John R. ‘Down In Dixie’ on WLAC…NASH-ville, Tennesee!”

John R. played the greatest R&B we had ever heard. And he “talked trash”…a very street-wise, hip, black vernacular. We kept listening into the night and John R. was followed by another, equally charismatic disc jockey…”This is Hoss Allen, but you can call me The Hossman, ‘cause everybody else does. And baby, I’m DOWN for Royal Crown!” (Royal Crown, his sponsor, was a hair pomade popular with African Americans).

More importantly, these disc jockeys, along with Allen Freed, Art Laboe and others…who, we later discovered, were all white…exposed an untold number of white teenagers to black music and legendary artists.

Soul Music certainly was the catalyst that caused some of my friends to join with me in forming a band when we were 15 years old. Within a few years we had a horn section and we were playing Rhythm & Blues and Soul Music, today called “Beach Music,” throughout Virginia and the Carolinas. While in high school and college we “backed” artists such as Jackie Wilson, The Impressions, Percy Sledge, The Drifters, Gary “US” Bonds, Aaron Neville, The Showmen, Ernie K-Doe, Clifford Curry and others. During the turbulent 1960s we either played behind or on shows with practically every legendary black performer from this amazing period. From Ray Charles and Otis Redding to James Brown and the Motown artists…we saw them all. Although it is hard to believe now, we played with performers who, in many cases, could not stay in the same motels with us or eat in the same restaurants.

As I later learned from Hoss Allen and John R. at WLAC, their belief and support for black music was not without consequence. The Ku Klux Klan would burn crosses on the yards of radio stations and threaten sponsors. The African American artists who were touring had it even harder. Yet these pioneers held to what they believed in and, subsequently, influenced an entire generation of white kids like me.

It is my belief that these artists, disc jockeys, producers and record companies created an environment that helped change the hearts and minds of white America with regard to integration and the Civil Rights Movement. As Andrew Young, former UN Ambassador and co-worker with Dr. Martin Luther King Jr. said, “In a way you could say this music was more successful than the courts in bringing people together.”

It also led me on a lifelong journey in which I have worked as a studio musician, producer, and record company executive. I was able to meet, and in some cases, work with many more of these legendary artists.

Rhythm and Blues Tore Down the Walls of Segregation

Offered in spring 2019, this course is a study of how music, specifically Swing and Jazz from the 1930s and 40s, Rock & Roll and Rhythm & Blues in the 1950s, and Soul Music in the 1960s impacted segregation and the Civil Rights Movement. It will include films, interviews, recordings, and oral histories of artists and producers from these genres. Interested students should contact their advisors.