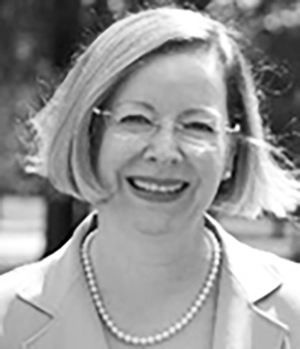 At the beginning of each academic year, Virginia Wesleyan University celebrates the special tradition of Founders Day. This year's formal convocation ceremony and presentation of the annual Alumni Awards will be held on Thursday, September 8 at 11:00 a.m. in the Joan and Macon Brock Theatre of the Susan S. Goode Fine and Performing Arts Center. The event will also be livestreamed and archived for later viewing on the VWU Digital Broadcasting Network.

"We look forward to once again paying tribute to our roots, recognizing key individuals that helped to shape our history, and celebrating the institution's bright future," says Dr. Scott D. Miller, President of the University.

This year's Founders Day keynote speaker will be the Honorable Deborah M. Paxson ’75, a retired district court judge and member of the VWU Board of Trustees. Paxson served as a judge on the Virginia Beach Juvenile and Domestic Relations District Court from 2000-2018, including a term as chief judge. During that time, she was a co-chair for the Virginia Supreme Court’s Commission on Mental Health Law Reform Subcommittee: Children and Adolescents. She also participated in the Virginia Beach Circuit Court’s third grade mentorship program at Seatack Elementary School from 2001-2005. She retired in 2018 but still works as a substitute judge in Hampton Roads.

Prior to becoming a District Court Judge, Paxson worked as a supervising prosecutor for the Virginia Beach Commonwealth Attorney’s Office, also serving as adjunct faculty at the National District Attorney’s College in Columbia, South Carolina. She was a founder of and instructor for the Top Gun Drug Prosecution program in Williamsburg, Virginia.

Paxson is also on the board of the Norfolk County Historical Society. She is past Regent of the Princess Anne County Chapter NSDAR. Her hobbies include genealogical research, cooking, traveling, and reading.

The 2022 Founders Day Convocation will be livestreamed on the VWU Digital Broadcasting Network and archived for later viewing.