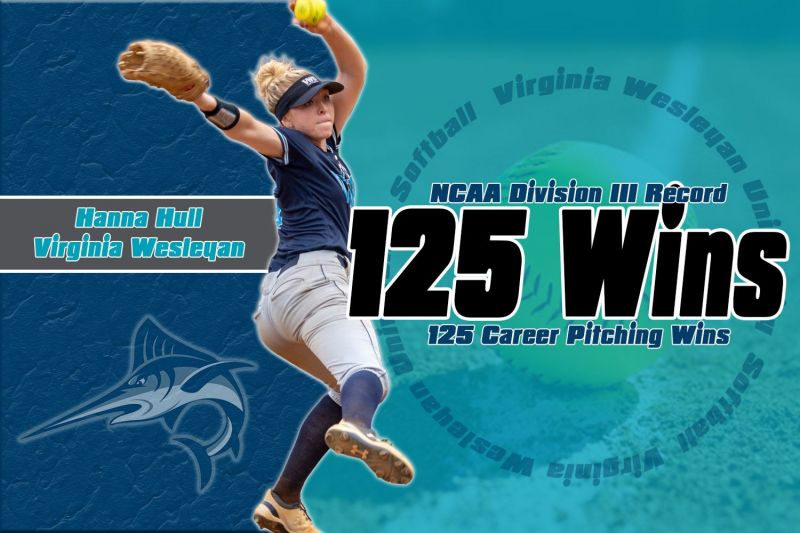 The No. 2 Virginia Wesleyan softball team swept the Hornets of Shenandoah University on May 1 in the quarterfinals of the ODAC Tournament at TowneBank Park in Virginia Beach, VA. With the win in game one, Marlins pitcher Hanna Hull broke the NCAA Division III Career Wins record of 124 wins and now sits at 125 in her career.

NEXT
The Marlins return to action on Wednesday, May 5, when they host the Maroons of Roanoke College in the ODAC semifinal round of the Softball Tournament. Game times are set for 2 and 4 PM.