No. 2 Marlins Battle with No. 10 Lions of TCNJ en route to Regional Title win 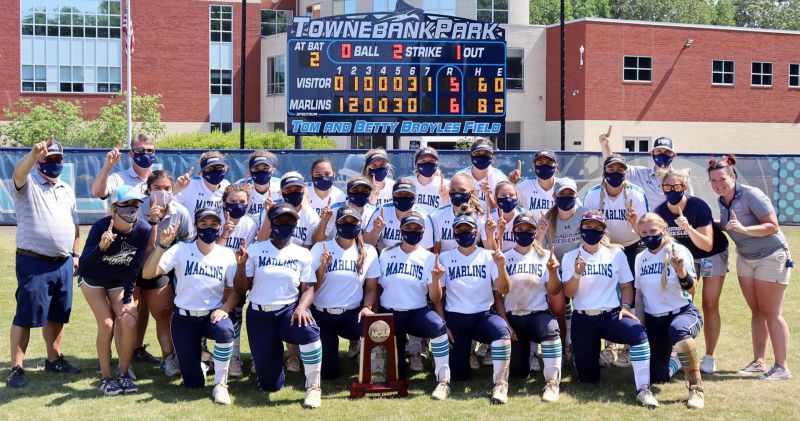 The No. 2 Virginia Wesleyan softball team defeated the No. 10 Lions from The College of New Jersey (TCNJ) in exciting fashion on May 23 to close out the 2021 NCAA Regional Tournament. Hanna Hull came in to the game in the bottom of the sixth and went to work earning a save en route to the Marlins 6-5 win over the Lions.

COACHES COMMENTS
"We just like to make it interesting.  They always pick on me because I say it's a game of 2s and 5s, you want to be up 2 or up 5, and fortunately we were up 5 there so it gave us a little wiggle room there.  We've been talking for 2 or 3 weeks about the fighter's fire when you get tested and that's how gold is pure gold.  We talked today about boulders and pushing through them and I think they took that literally.  At the end of the day, you win games, survive, and advance, and doesn't matter how you did it.  These guys figured out a way to get it done like they have all year, and we're going to Salem."

UP NEXT
The Marlins will travel to Salem, Virginia on Wednesday to begin their journey towards the National Championship title.