VWU president will lead the National Association of Schools, Colleges, and Universities of the United Methodist Church 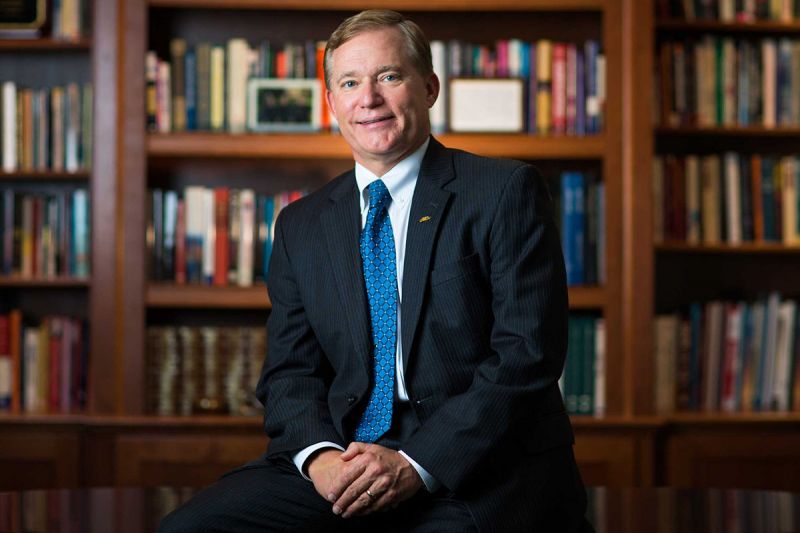 ATLANTA, Ga.—Virginia Wesleyan University President Scott D. Miller was elected President of the National Association of Schools, Colleges, and Universities of the United Methodist Church (NASCUMC) at their annual meeting at Emory University on June 24, according to Mark Hanshaw, Associate General Secretary of the General Board of Higher Education and Ministry (UMC).

“I am honored to serve as the voice of Methodist higher education during this critical time in the church's history," Dr. Miller said. "NASCUMC has a vital leadership role to play in serving our diverse and valued Methodist institutions."

As President, Dr. Miller will also serve as Chair of the 18-member NASCUMC Board of Directors.

Recognized for many years as a national leader in church-related higher education, Dr. Miller has been an active advocate of inclusiveness and has been an outspoken national spokesperson for Methodist higher education as the UMC currently struggles with church policy in relation to human sexuality—specifically toward those who identify as LGBTQ.

He is currently serving his fourth term on the NASCUMC Board, two as President of Virginia Wesleyan University and two earlier terms during his tenure as President of Wesley College.