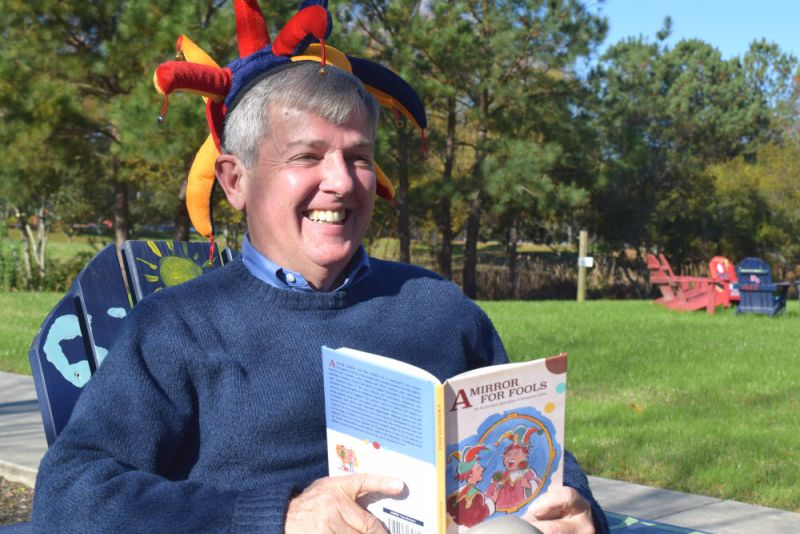 If you find yourself in the presence of Terry Lindvall, a bit of friendly ribbing is bound to ensue. The religious studies and communication professor—whose official title is C.S. Lewis Endowed Chair in Communication and Christian Thought—is known for his quick wit and admittedly sarcastic nature. In a unique blend of humor and religion, Lindvall has authored three new books. Here’s what you need to know about his “mischievously comic trio of works.” 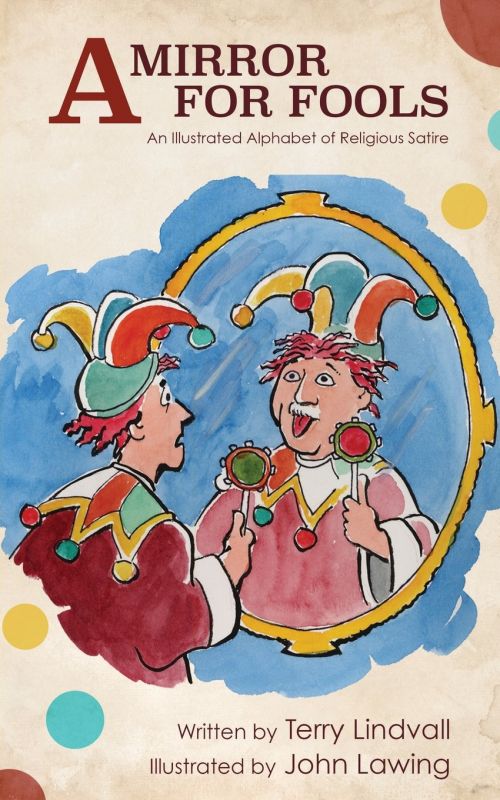 A Mirror for Fools: An Illustrated Alphabet of Religious Satire

(Koehler Books, July 2015)
A Mirror for Fools is written by Terry Lindvall and illustrated by his longtime friend John Lawing. Their purpose is threefold: first, to visually introduce a historical character who contributed to the practice of humor and satire in cartoon form. Second, to offer a bit of doggerel to tease some aspect of the person. Third, to settle down and provide a bit of context for the illustration and the verse. Like Horace’s dulce et utile, they hope to teach and delight simultaneously. A mix of verse and illustration and commentary is meant to send readers back to the sources, to the rich, varied tradition of wit and humor being used for moral and spiritual reform. It then serves as that mirror that shows the reader his or her face, even as the authors recognize the marks of folly in their own. More 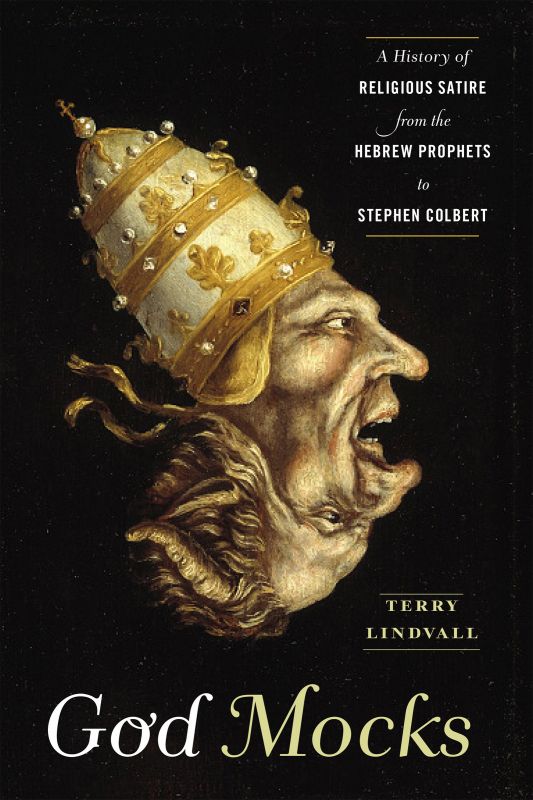 God Mocks: A History of Religious Satire from the Hebrew Prophets to Stephen Colbert

(NYU Press, November 2015)
God Mocks ventures into the muddy and dangerous realm of religious satire, chronicling its evolution from the biblical wit and humor of the Hebrew prophets through the Roman Era and the Middle Ages all the way up to the present. Lindvall takes readers on a journey through the work of Chaucer and his Canterbury Tales, Cervantes, Jonathan Swift, and Mark Twain, and ending with the mediated entertainment of modern wags like Stephen Colbert. He finds that there is a method to the madness of these mockers: true satire, he argues, is at its heart moral outrage expressed in laughter. But there are remarkable differences in how these religious satirists express their outrage. The changing costumes of religious satirists fit their times. The earthy coarse language of Martin Luther and Sir Thomas More during the carnival spirit of the late medieval period was refined with the enlightened wit of Alexander Pope. The sacrilege of Monty Python does not translate well to the ironic voices of Soren Kierkegaard. The religious satirist does not even need to be part of the community of faith. All he needs is an eye and ear for the folly and chicanery of religious poseurs. More 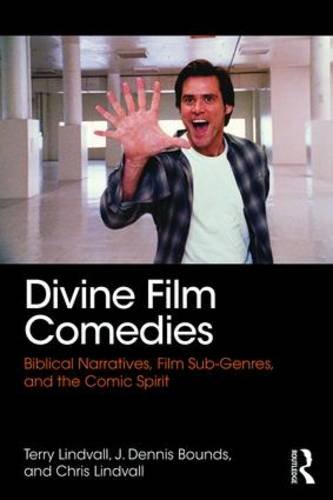 (Routledge, March 2016)
Divine Film Comedies creates a meaningful dialogue between stories in the Hebrew Bible and New Testament and comedies spanning the history of film. The text lies at the intersection of three disciplines: humor/comedy studies, film studies, and theology. Drawing on films from the silent era to the 21st century, the book highlights parallels between comedic sub-genres and sacred narratives, parables, and proverbs, illuminating a path to seeing and understanding both Scripture and film through a comic lens. The book will be of interest to students and scholars of theology and film, media, and communications. Co-written with J. Dennis Bounds, a VWC adjunct professor who teaches courses in cinema and video, and Chris Lindvall, an associate writer at Disney Playmation. More

Dr. Terry Lindvall is the C. S. Lewis Chair of Communication and Christian Thought at Virginia Wesleyan College. Among his religious studies and communication courses are “Christian Theology and Film,” “Methodism,” “Sitcoms” and “Friendship in Media and Culture.” He also offers a study abroad immersion course that brings students to Oxford, England to study C.S. Lewis and J.R.R. Tolkien. Lindvall previously taught at the College of William and Mary, Duke University School of Divinity, and Regent University. He has authored ten books including Surprised by Laughter: The Comic World of C S Lewis (2012), and Sanctuary Cinema: The Origins of the Christian Film Industry (2011).