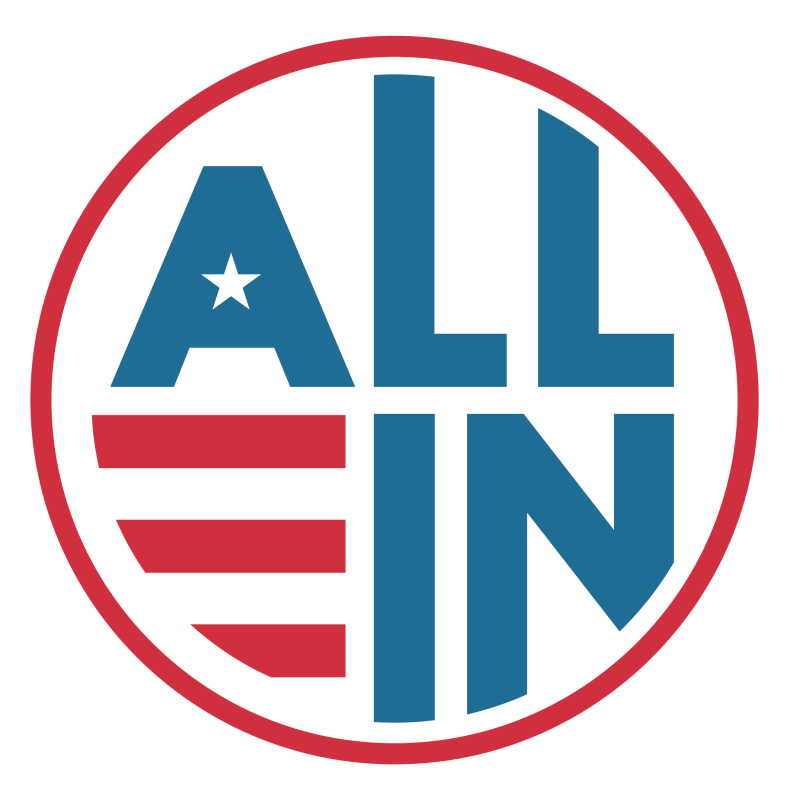 Virginia Wesleyan University was recognized November 8 for its extraordinary work in student voter engagement during the 2020 presidential election during the ALL IN Campus Democracy Challenge biennial awards ceremony.

The University earned a “Silver Seal,” acknowledging approximately 60-70% nonpartisan student voter participation, tied for “Best in Class” among private four-year institutions, and won the “Virginia Campus Voting Challenge” among four-year institutions in the commonwealth. VWU President Scott D. Miller was also recognized as part of the “Presidents’ Commitment to Full Student Voter Participation” and was among 332 college and university presidents committed to 100% student voter registration and turnout. 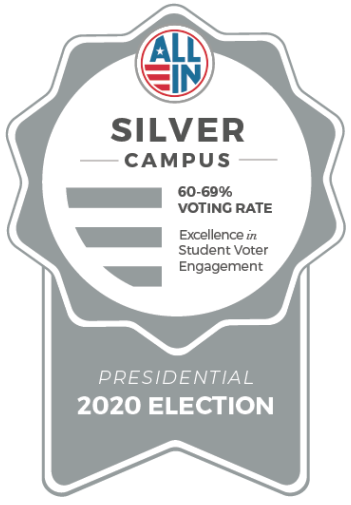 The ALL IN Campus Democracy Challenge is a national, nonpartisan initiative of the nonprofit Civic Nation, striving for a more inclusive democracy in which all voices are heard. The ALL IN awards celebrate select higher education institutions, educators, and students and their efforts to develop and implement a campus democratic engagement action plan to help college students improve nonpartisan civic learning, political engagement, and voter participation.

The 2020 presidential election engaged the largest and most diverse group of college students in U.S. history. More than 840 institutions enrolling close to nine million students participated in the ALL IN Challenge.

The election saw unprecedented voter registration and turnout among college students according to the National Study of Learning, Voting, and Engagement (NSLVE), a research study of the Institute for Democracy in Higher Education (IDHE) at the Jonathan M. Tisch College of Civic Life at Tufts University. IDHE reported that 66 percent of college students voted in the 2020 election, a 14-point increase from 2016.

“The rise in voter participation and engagement for college students in last year’s presidential election amidst a global pandemic was tremendous and will undoubtedly be tied to the tireless efforts of the dedicated students, faculty, administrators, and partner organizations that are part of the ALL IN Challenge network,” said Executive Director of the ALL IN Campus Democracy Challenge Jen Domagal-Goldman. “The hard work of these trailblazing honorees will help support many of the country’s future leaders in fulfilling the equitable, engaged vision of democracy to which we aspire.”

Learn more about the ALL IN Campus Democracy Challenge.