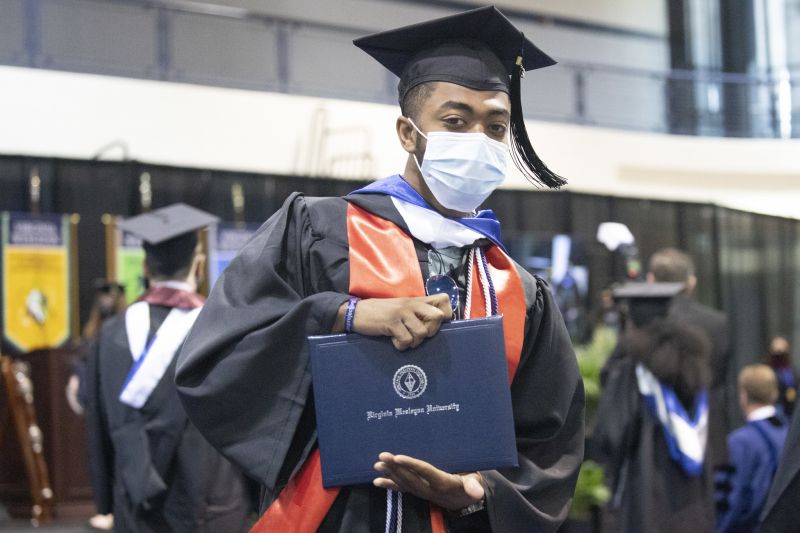 Virginia Wesleyan University has been recognized by U.S. News & World Report in three categories of its 2022 Best Colleges rankings, released September 13. VWU is ranked in the top 30 colleges and universities in “Ethnic Diversity” among National Liberal Arts Colleges and is again featured in the "Best National Liberal Arts Colleges” category. The University is also recognized as a “Top Performer on Social Mobility.”

This is the fifth consecutive year Virginia Wesleyan has been ranked among the most ethnically diverse National Liberal Arts Colleges. To identify colleges where students are most likely to encounter undergraduates from a different ethnic group from their own, U.S. News factored in the proportion of minority students—leaving out international students—and the overall mix of groups in each institution’s 2020-2021 academic year student body. The categories used in the calculations are African-American (non-Hispanic), Hispanic, American Indian, Asian-American, Pacific Islander, White (non-Hispanic), and multiracial (two or more races). The largest ethnic group at Virginia Wesleyan is African-American, representing 24 percent of the University’s student population.

Methodology for the “Best National Liberal Arts Colleges" rankings focuses on academic excellence, with schools evaluated on hundreds of data points and up to 15 measures of academic quality. Overall, the rankings emphasize student outcomes—such as graduation and freshman retention rates—which carry the most weight at 30 percent. The top National Universities and National Liberal Arts Colleges have significantly higher graduation and freshman retention rates than other schools.

For the third year, U.S. News has recognized institutions as “Top Performers on Social Mobility.” Virginia Wesleyan is ranked alongside other National Liberal Arts Colleges in this category, which measures how well schools graduated students who received federal Pell Grants relative to the rest of the student body.