Virginia Wesleyan University has selected the fourteenth class of its Athletic Hall of Fame. Members will be inducted during a special dinner and ceremony presented by TowneBank on Saturday, October 8, during Homecoming and Family Weekend.

Members of the fourteenth class represent the best of the best from Virginia Wesleyan's athletic history. The 2022 class includes two former Marlin athletic greats, Randy E. Lott ’14 and Ronald J. Yuhasz, Jr. ’01, the 2017 NCAA Division III National Championship Softball Team, and VWU benefactors O.L. “Butch” Everett and John A. Trinder, who will be honored for their decades of support to the University’s intercollegiate athletics program.

The members of the fourteenth class will be permanently recognized in the Virginia Wesleyan University Athletic Hall of Fame installation located in the Jane P. Batten Student Center. 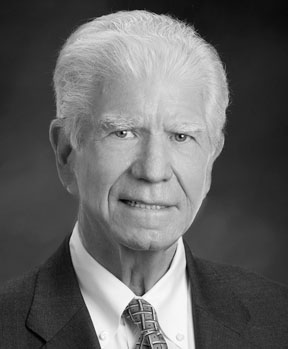 In 2012, the Everett Tennis Center opened, providing a new home for the men's and women's tennis teams, as well as a new space to be enjoyed by the entire campus community. Named for the Trustee Emeritus and his wife, Carol, the new tennis center contains eight courts, including two championship courts and two lighted grandstand courts. The Center also features spectator-friendly fencing, lighted grandstand courts, a welcome gazebo, a viewing stand, and a brick facade entrance. Along with the lead gift to fund the tennis center, the Everetts created an endowment to fund future needs of the Center. It is their devotion and foresight that has enabled the University to support the ongoing needs of the tennis programs and the facility, such as the recent resurfacing of the courts.

In 2016, Everett made the lead gift commitment to establish the University’s men’s and women’s swimming programs. The programs first competed in the NCAA Division III and Old Dominion Athletic Conference in the fall of 2017, utilizing the Natatorium in the Jane P. Batten Student Center. Virginia Wesleyan is grateful for Butch Everett’s significant contributions, vision, and support of intercollegiate athletics at Virginia Wesleyan University. 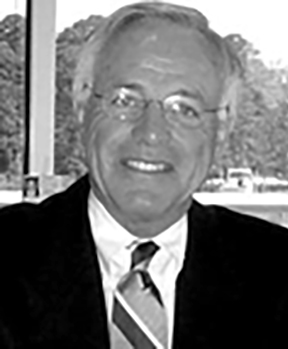 Through Trinder’s leadership and support, the Trinder Center and Foster Field opened in 1998, providing a home for the soccer and lacrosse programs until the opening of Birdsong Field in 2015. Today, the Trinder Center serves as a prominent entryway to the Tassos Paphites Soccer Complex, with ticketing, concessions, and an entertainment suite. A renovation, expansion, and modern upgrade for the women’s locker room and facilities, also generously funded by Trinder, took place this summer, providing additional space for both programs.

The University further benefits from Trinder's dedication and foresight through his establishment of an Athletic Endowment in 2007, which provides support for intercollegiate athletics. Virginia Wesleyan is grateful to John Trinder for his decades of support and lasting contributions to VWU athletics. 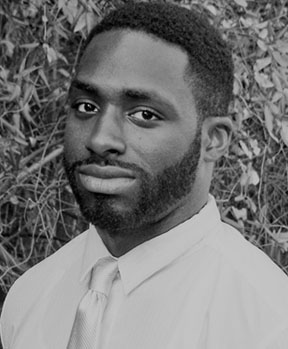 Randy Lott was a four-year letter winner for the men’s track and field program from 2010-2014. He was the first NCAA National Meet qualifier for either gender in both indoor and outdoor track and field seasons after he advanced to both National Meets in 2014. He became the program’s first All-American after placing 7th in the 100M Dash at the 2014 Outdoor National Meet finishing with a time of 10.76. Throughout his career, Lott qualified for the National Meet six times, twice for indoor and four for outdoor. He tallied 16 USTFCCCA All-Region honors, seven indoors and nine outdoors, with three No. 1 regional outdoor final rankings. Lott is a nine-time ODAC Individual Champion and accumulated 18 ODAC All-Conference honors during his four seasons in the Marlin uniform. He still holds two ODAC records, including the outdoor ODAC Championship Meet record for the men’s 100M Dash (10.62), and the indoor ODAC All-Time record in the men’s 200M Dash (21.80), both set in 2014. Lott still holds five VWU program records in the men’s indoor 55M, 60M, and 200M dash events as well as the men’s outdoor 100M and 200M dash events. Lott earned his bachelor’s degree in criminal justice from Virginia Wesleyan University in 2014 and completed his master’s degree in special education in 2020 from George Mason University. He lives in Woodbridge, Virginia, and is a special education teacher with Arlington County Public Schools. 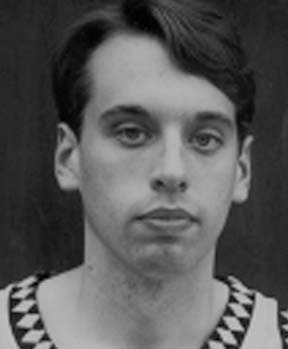 Ron Yuhasz was a four-year letter winner for the men’s basketball team, playing from 1996-2001. Appearing in 97 games, Yuhasz collected 1,312 career points with 639 rebounds, 125 assists, 113 blocks, and 60 steals. After returning from an injury during the 1998-99 season, Yuhasz came alive on the court, playing 1,584 combined minutes in the 1999-2000 and 2000-01 seasons. In these two seasons alone, Yuhasz amassed 1,027 points in 31 games. He made 358 field goals and 69 shots from beyond the three-point arch along with 242 free throws. Yuhasz garnered National Association of Basketball Coaches (NABC) All-South accolades in back-to-back seasons (99-00 and 00-01). Additionally, Yuhasz earned VaSID All-State honor and Old Dominion Athletic Conference (ODAC) First-Team All-Conference accolades in the 99-00 and 00-01 seasons. During his senior campaign (00-01), Yuhasz was crowned the ODAC Player of the Year, only the second men’s basketball Marlin to earn this honor at the time. He is an officer in the U.S. Army and resides with his family in Fort Knox, Kentucky. 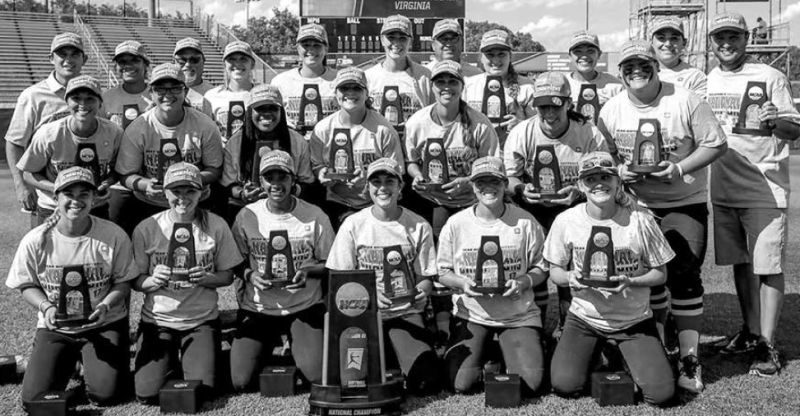 The 2017 Virginia Wesleyan University softball team had a record-breaking season en route to collecting the program’s first NCAA National Championship title with an overall record of 54-3, which, at the time, set the NCAA Division III mark for wins in a single season. The 2017 team accumulated numerous awards including six All-ODAC honors, five VaSID All-State laurels, four NFCA All-Region awards, and three NFCA All-Americans in Hanna Hull, Cassetty Howerin, and Kiersten Richardson. Hull also garnered Schutt Sports/NFCA Player and Rookie of the Year honors as well as being named a DIII Honda Award Nominee for Softball. The Marlins were named the statistical leader in earned run average (ERA) with a team mark of 0.80 in addition to being the national leader in winning percentage (.947). The Marlins coaching staff of Brandon Elliott ’03, Jim Inzana, Jim Quinn, and Josh Freeman also accumulated several awards highlighted by being named the NFCA National Coaching Staff of the Year. The quartet earned NFCA All-Region coaching honors as well as All-State and All-ODAC honors. Jim Inzana was also named the NFCA Division III National Assistant Coach of the Year.