Distinguished speakers and special events are on the agenda this March

During the month of March, in celebration of Women's History Month and International Women's Day, a special series of speakers and events have been organized by Virginia Wesleyan's Office of Gender and Sexuality Equity, Wesleyan Engaged: Civic Engagement and Service Learning and Student Activities' Off the Hook. The agenda for the month is designed to heighten awareness and celebrate the vital role of women throughout history and in contemporary society.

"These events are so important, for they not only recognize women's experiences and contributions to society but also help widen our views on how systems of power affect women differently," says Dr. Jennifer Slivka, Associate Professor of English and Director of the Office of Gender and Sexuality Equity. "We can all learn more about the world and ourselves through a perspective we may not have previously considered."
On March 15 at 10 a.m., the Office of Gender and Sexuality Equity sponsors Dr. Elora Halim Chowdhury, who will present “The Precarity of Pre-existing Conditions” via Zoom.
Dr. Chowdhury is a professor in the Department of Women's, Gender, and Sexuality Studies and Director of the Human Rights Program at the University of Massachusetts Boston. Her teaching and research interests include transnational feminisms, gender violence and human rights advocacy, and narrative and film with an emphasis on South Asia. She is the author of Transnationalism Reversed: Women Organizing Against Gendered Violence in Bangladesh (2011), which was awarded the National Women’s Studies Association Gloria Anzaldua book prize in 2012; and the co-edited volumes (with Liz Philipose) Dissident Friendships: Feminism, Imperialism and Transnational Solidarity (2016) and Interdisciplinary Approaches to Human Rights: History, Politics, Practice (with Rajini Srikanth, 2018), and the recently published anthology, South Asian Filmscapes: Transregional Encounters (with Esha Niyogi De, 2020). 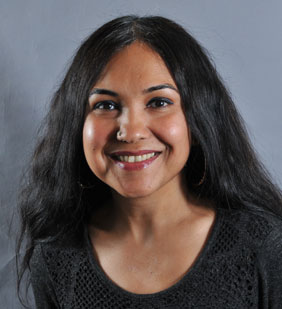 “Following the trajectory of COVID-19 in my two 'homes,' namely the United States and Bangladesh,” noted Dr. Chowdhury, “I posit how the differential border crossings of the virus have been the consequence of unfettered capitalist development and accumulation and wreaked disproportionate harm on racialized and gendered populations in the Global North and South.”

Dr. Chowdhury notes that feminist scholars in particular have identified capitalism as the virus, humans as its agents, and the ensuing pandemic and its fault lines as being caused by relentless, anthropocentric greed, plunder, individualism, and “progress.”

“Arguing that we need an economy based on care and ethics, I encourage a deeper understanding and appreciation of the mutual vulnerability and dependency of humanity with one another and our ecologies as well as a necessity for the cultivation of just responsibility in our collective actions.” 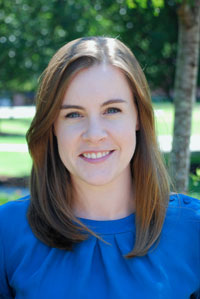 Later in the month, Dr. Kathleen Casey, Associate Professor of History at VWU, will present “Pickets, Protests, and Women’s Purses in the Long Civil Rights Movement,” on March 30 at 4 p.m. via Zoom.

Dr. Casey’s presentation will analyze how women active in the Long Civil Rights Movement used purses to appear to play the part of well-dressed, 'respectable ladies.' Yet many simultaneously used their purses to access contested space and hide items needed to protect themselves as they voted, sat-in, and integrated schools. Using oral histories, memoirs, and photographs of activists—from the legendary Rosa Parks to the lesser known Cynthia Washington—Casey reveals that black women were ready to defend their bodies in ways that previous scholars have failed to appreciate. Dr. Casey's presentation is part of her ongoing research for her second book, tentatively titled, The Things She Carried: Women and the Power of the Purse, under contract with Oxford University Press.

Wesleyan Engaged is partnering with several organizations to connect speakers and events to the campus community during Women’s History Month, such as a two-part screening of “And She Could Be Next” from the National Women’s History Museum.

The Lighthouse: Center for Exploration and Discovery will feature student success stories and messages from alumni that focus on the experiences of women. The center will also sponsor “Salary Negotiation for Women” a virtual workshop that features alumnae who will discuss strategies and tips for successful negotiations.

On March 22, at 7 p.m., a special panel of students who have studied abroad in Japan and Morocco will discuss what it was like to be a woman studying abroad. This virtual session will be hosted on Google Meet.

Throughout the month, Student Activities’ Off The Hook will post information about Women’s History on Instagram at @marlinsoffthehook. Those who interact with the posts (comment, repost, or like) will be entered into a feminist literature raffle. Titles include Educated by Tara Westover, Bad Feminist by Roxanne Gay, and more.

"The focus on women during this month serves as a spotlight to showcase the important work being done by and about women," noted Dr. Slivka, "as well as other marginal groups normally pushed into the shadows of popular, and even academic discourses.”