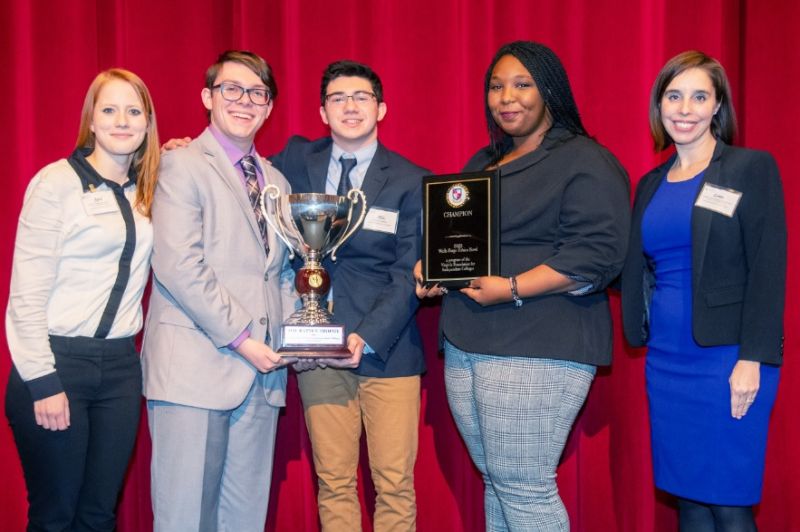 “The Ethics Bowl once again showcased the power of a liberal arts education," said Dr. Matt Shank, President of the VFIC. "The students were all strong communicators, poised, demonstrated their critical thinking skills, and had outstanding ethical judgment and instincts.”

The VWU team competed against other highly qualified student teams from Virginia’s 15 leading independent colleges and universities February 9-10. They were undefeated in the four preliminary rounds and edged out Hampden-Sydney College in the final round to win the Batten Trophy for the second time in the event’s history. The Batten trophy, named for Ethics Bowl supporters Jane P. and Frank Batten, Sr., will be displayed on VWU’s campus.

This year's competition was hosted on the campus of the University of Lynchburg. The theme, “Ethics and Higher Education,” presented the students with cases they might encounter on college campuses. 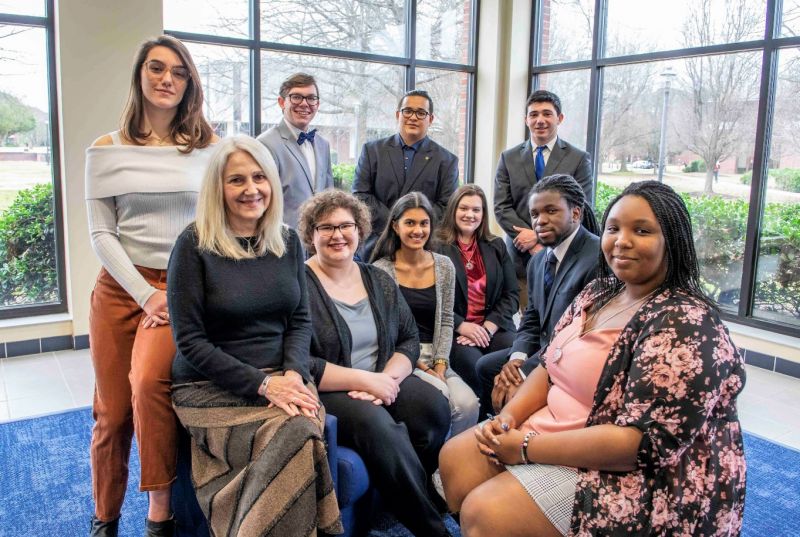 “We extend our sincere congratulations to these students,” said Maynard Schaus, Vice President for Academic Affairs, “and to Dr. Kathy Merlock Jackson, Professor of Communication and the team’s coach for the past few months. We also appreciate the efforts of April Christman and Dr. Loren Loving Marquez, for accompanying the team to Lynchburg for the competition. Please congratulate each of our participants when you see them on campus!”

The two-day event was made possible by signature sponsor Wells Fargo, the primary sponsor of the Ethics Bowl since 2002. Additional key support for the event was provided by the Roger H. Mudd Ethics Bowl Endowment Fund and Spider Management. In addition to the competitive portion of the event, a dinner took place on February 9 during which Ken Garren, President of the University of Lynchburg, VFIC Board Trustee, and co-chair of the Ethics Bowl Committee, was honored for his dedication to higher education and the Ethics Bowl program.

The VFIC Ethics Bowl program was first conceptualized in 1997 by the VFIC Ethics Task Force, co-chaired by Roger Mudd, History Channel - Journalist (retired) and VFIC trustee, and Phillip Stone, President of Bridgewater College (1994-2010). The mission of the task force was to explore opportunities to involve students at the 15 VFIC colleges in the lively debate and consideration of applied ethics—real world dilemmas that affect people's lives in increasingly complex ways.