A message to the VWU community from President Scott D. Miller 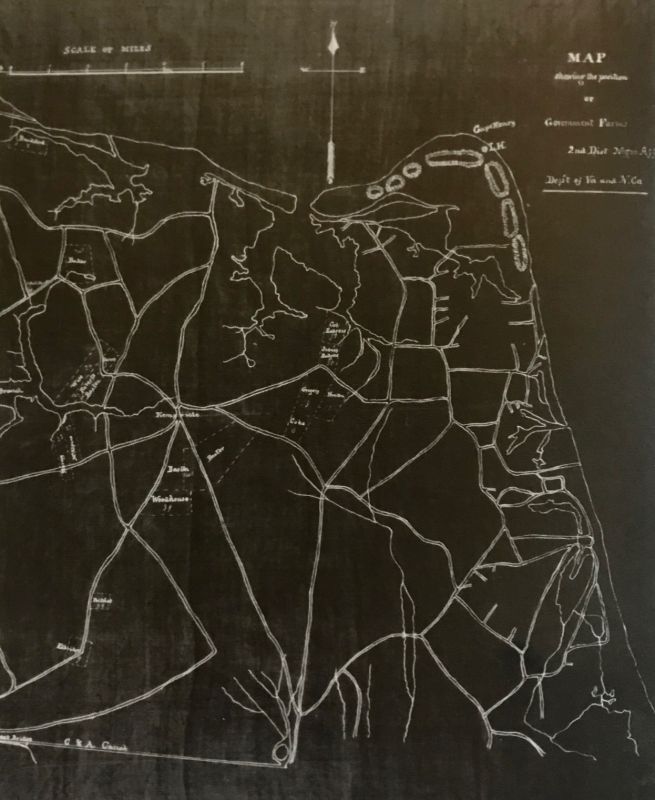 The following message was published by VWU President Scott D. Miller in his Nota Bene on June 15, 2020:

In 1866, exactly 100 years before the first class entered Virginia Wesleyan University, the Baker farm—on which the University lies—was claimed by the Second District Department of Negro Affairs as a site for helping recently freed slaves make the transition to freedom. This first institutional use of the property hallowed it in a meaningful way. It established a legacy that still informs what we do on these 300 acres and beyond. In particular, our campus needs to be a place where significant transitions occur in people's lives.

A second key to the University's identity can be seen in the figure of John Wesley, literally represented in a life-sized statue on campus. Wesley's reputation as a religious reformer is matched by his reputation as a social reformer, which made him unpopular among those who favored slavery. People protested his sermons and he experienced considerable personal risk. That risk grew with his publication Thoughts Upon Slavery (1774-1778), in which he questioned traditional claims of history, challenged the laws of Virginia, and highlighted inhumane and abhorrent treatment of slaves, notably calling out Christians who were complicit.

A third aspect of our identity came in 1996 when the Center for the Study of Religious Freedom (CSRF) was launched as a result of an insightful letter written by Robert "Bob" Nusbaum. Nusbaum saw diversity as being at the core of American civic life and saw dialogue as necessary for healthy expressions of diversity. In April 2020, the CSRF was named the Robert Nusbaum Center to honor the legacy of an individual who publicly fought "massive resistance" to integration, created "The Aid Fund" that provided scholarships to African-Americans struggling against racial discrimination, and furthered higher education in the African-American community--so much so that Norfolk State named its honors college after him.

A fourth aspect of our identity is our diverse campus itself. For three consecutive years U.S. News & World Report has ranked the University in the top 25 for "Ethnic Diversity" among National Liberal Arts Colleges. We are proud to hold that designation, but it means little unless we as a campus are about actually changing perspectives and lives.

Black lives matter. They should matter to every American, every person of faith, and every student. And, because of Virginia Wesleyan's legacy, that message is vitally important to us. Black lives not only matter deeply to VWU, they matter deeply to me. As a white man, I understand that I will never truly understand the oppression experienced by Black people, but I stand. I stand with our Black students, faculty, staff, and community near and far, and I intend for my deeds to be acts of solidarity.

As we address the important issues impacting our country, I have appreciated the many notes, calls, and social media messages. We have far to go as a nation. We need to grow as a university. We need to grow as individuals. I need to continue to grow.

For sure none of that can begin to happen without careful listening. A week ago, I had a productive visit with a young alumnus, Chris Teasley. Like so many, Chris is torn by the racial conflict in this country. He very thoughtfully shared with me his sincere concerns and observations, not only on the topic as it pertains to Virginia Wesleyan, but also the world. I thank him for taking the time to come and visit.

Meeting with Chris gave me an opportunity to mention some things the University has been doing to address concerns that he and I shared. He had not heard of these initiatives and felt that his fellow alumni and current students may also be unaware. Although many may be familiar with VWU's statement on inclusivity, in the last two years, five initiatives have been creating the structure for how we are growing our sensitivity to racial matters:

Those initiatives create the institutional structure for change to happen. However, there is much more work to be done.

Virginia Wesleyan is at its best when we work together, and I thank you for reaching out in ways that lead to our growth. Please know that I read and give careful thought to each message, and when appropriate, respond. Like most people, I appreciate thoughtful and respectful messages. Anonymous messages—even when compliments—aren't as helpful, since they don't lead to productive dialogue.

If you wish to share thoughts, concerns, or ideas, I've developed a president's office email account: president@vwu.edu. If you see areas of concern, or if you have reflections on how we might move forward, please share them with me.

Together, we at Virginia Wesleyan can make a difference not just in our own lives and in those of our students, but in the community and in the nation. With a legacy that harkens back to helping the nation's freed slaves, we know that Black lives matter. Today we commit to acting on that knowledge. Thank you all for your important part in this, and in particular, I want to thank Drs. Brian Kurisky and Craig Wansink for driving this important call to action.