Dean of the Birdsong School of Social Science 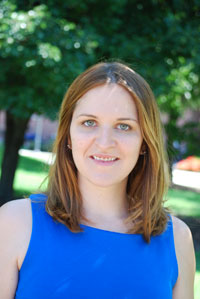 Leslie Caughell is the Dean of the Birdsong School of Social Science at Virginia Wesleyan University. She holds a Ph.D. from the University of Illinois at Urbana-Champaign and a B.A. and M.A. from Miami University Oxford, Ohio. She previously served as chair of the Departments of Political Science and International Studies at Virginia Wesleyan, in addition to time as chair of the Educational Programs Commission and as a member of the Academic Assessment Commission.

Dr. Caughell's research centers on women in American politics and the news media. She authored "The Political Battle of the Sexes" (Rowman & Littlefield, 2016). Her second book, "The Politics of Fake News," explores the causes, consequences of, and potential solutions to the problem of fake news and conspiracy theories in global politics and is under contract with a university press and scheduled for release soon. Dr. Caughell teaches courses in American politics and political theory. Her work has been featured by the American Press Institute, Ballotpedia, the New American Economy, and the Conversation. She has been an expert source and commentator for media outlets including USA Today, NPR, the Virginian-Pilot, Richmond Times-Dispatch, and Business Insider.