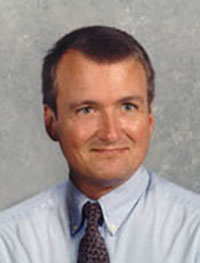 Bill Brown was hired as the Director of Student Counseling Services in August of 1999. Before coming to VWC, Bill spent eleven years providing psychotherapy services to adult clients at the City of Virginia Beach's Mental Health Center. Prior to settling in Virginia Beach, Bill worked in both inpatient and outpatient settings and held positions such as Clinical Social Worker at Southern Virginia Mental Health Institute, Family Therapist for another hospital's substance abuse and mental health units and Outpatient Service Director for the Mental Health Center in Danville, Va. He also ran his own private practice and acted as the clinical director for a group practice of substance abuse treatment providers. Bill completed his undergraduate degree in Psychology at Transylvania University, a small liberal arts college in Lexington, Kentucky, which is very similar in size to VWC. He received his MSW at the University of North Carolina at Chapel Hill and was licensed as a Clinical Social Worker in 1987.
Back To Top