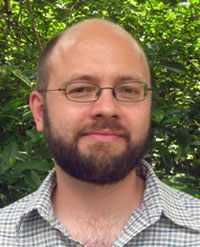 Stephen Hock earned his bachelor's degree at Haverford College with a major in Comparative Literature, and his master's and doctorate in Comparative Literature and Literary Theory at the University of Pennsylvania. At Virginia Wesleyan, his teaching includes courses in first-year composition, the art of comic books, film adaptations of literature, the Great American Novel, American modernism, the postmodern, literary theory, and various topics in American and world literature, as well as the English major's senior thesis workshop. His research focuses on contemporary American literature and culture, with a current project on teen films and slasher films of the 1980s.

My spring 2021 office hours are MTWTH 2-3, and by appointment. This semester, I am holding office hours remotely over Google Meet. If you would like the Google Meet link for my office hours, just send me an e-mail, and I will send the link to you.
Back To Top