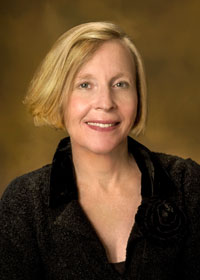 Pianist Lee Jordan-Anders is Professor of Music and Artist-in-Residence Emerita at Virginia Wesleyan College in Norfolk, Virginia, where she served on the faculty for twenty-nine years teaching classes in aesthetics, listening, music theory, chamber music, and applied piano. She was the Music Director and Conductor of the Orchestra of the Eastern Shore from 2009 to 2014. She began her early music training at Ball State University in Muncie, Indiana, and received Bachelor and Master of Music degrees in Piano Performance from Northwestern University's School of Music where she studied piano with Pauline Lindsey. In 1980 she moved to Madrid, Spain, where she pursued an active performing career both as a soloist and in chamber ensembles. Her articles on various aspects of piano teaching have appeared in Clavier Magazine, and she is a frequent guest speaker and adjudicator for piano teachers’ organizations. She continues to be an active performer and scholar, giving concerts and lectures throughout the United States. During the fall of 2005 she was in residence at the CitÃ© Internationale des Arts in Paris where she studied the works of Claude Debussy and Erik Satie. She has worked extensively with the Chrysler Museum of Art in Norfolk, creating several different programs connecting works from their collection to music that she selects and performs. In 2013 she was invited by the Virginia Museum of Fine Arts in Richmond to create a similar program. She recently released her fifth CD recording, Images: Works for Solo Piano by Claude Debussy.

Jordan-Anders, Lee. Picture This! A Gallery of Musical Canvases Framed by Fine Artworks from the Chrysler Museum of Art, 2003.